My first actual post after a few months of not posting, and I actually didn’t intend to write about this, but what the hell. Sexual abuse in the film industry is obviously neither fun nor interesting to blog about, and we’ve pretty much heard it all at this point. But I want to talk about the complicity that allows this shit to happen. Now, I promise I won’t get all preachy because I’d be a goddamned hypocrite if I sat here and berated everyone for ever having knowingly or unknowingly cosigned on sexual abuse by supporting the industry with our wallets and purses.

Instead, my question is—well babies, what do we do now? I listened to Selma Blair’s account of her abuse by James Toback on the way to work this morning and wanted to hug her, then throw up. And I get super pissed every time I see Victor Salva’s name pop up in the horror press, followed by people who continue to say stupid shit like “he did his time,” “everyone needs to work,” blah blah blah. Number One: the victim is still doing his time, I don’t give a rat’s ass how long it’s been since Clownhouse; and Number Two: fine, well then Mr. Salva can go become a debt collector, build websites—whatever. He doesn’t have to make a fucking movie. He’s not going to starve if Jeepers Creepers 3 doesn’t happen. Give. Me. A. Break. If he’s ever on the verge of starving, trust me—Francis Ford Coppola will buy him a lifetime Blue Apron subscription and send him boxes of his own wine. Outta here with that shit.

And then there’s Alfred Hitchcock and Roman Polanski. The former sexually abused Tippi Hedren (and God knows how many others); the latter sexually abused a girl barely into her teens. At Jack Nicholson’s house! If these three schmucks were you and you and the dude down the street, it would be all over the news, and even you would be looking at you on the news like, "goddamn, that’s one sick son of a bitch.” But we’re okay with Hitchcock sexually, physically and emotionally abusing Ms. Hedren because Psycho is a classic—which makes her a liar? What the hell kind of math is that? We really can’t go on thinking like this, can we? I love Psycho, and Rope, and North by Northwest, and just about everything Hitchcock has done on film, but I’m not going to put this long-deceased monster on a pedestal of absolution because of it. I’m also a massive Tippi Hedren fan, so I jumped on her audiobook at the first opportunity, and believe me, if you listen to her speak of the horrors that this man inflicted upon her—before he basically discarded her and ruined her career for good and all—you’d think that shit had happened to her yesterday.

Roman Polanski has also made wonderful films, and he’s a Holocaust survivor, AND his victim is now a middle-aged woman who no longer holds any grudges—but the song remains the same. We execute people in the US for doing unspeakable acts, despite their horrible childhoods. Remove what your idols have done on film from who they are in the real world, ask yourself if you would behave the same, and you will know what to do. While Hollywood is now busy (supposedly, hopefully) cleaning house by turning on the lights and exposing the roaches, we film lovers and consumers should also rethink our positions, and act accordingly. Jack Nicholson hitting on young women and enabling his friend’s own predatory behavior is creepy. Women like Meryl Streep and Donna Karan, who staunchly defend these abusers (Streep defending Polanski and Karan defending Harvey Weinstein), they’re also creepy—and bitches for victim shaming. Francis Ford Coppola continuing to bankroll Victor Salva’s film career is just unconscionable.

We cannot force ourselves to stop admiring the films and careers cultivated by the people we’ve admired. That’s unrealistic, I know; I’ve loved Meryl Streep for my entire life, save the first few years I was in a nappy. But knowing what we know now, we cannot keep supporting these shitheads, or excusing their crimes, or holding them in high esteem, just because they made a film or two—or several—that we really, really like.
Posted by Camie at 5:04 PM

If you’re reading this, thanks for coming back. And if you’re new to my blog, thanks—and welcome.

I switched off for a while to protect myself, but I’ve missed posting on here, and I’m getting ready to dive into another screenplay, so no better way to Brody back into the water than to get into the boat and save the island, right? Screw the sharks—and baby bubbas, they are out there. Believe me, they are …

I will post a new entry this weekend, one that will (hopefully) be a little more fun and engaging, and help get this train back on its track. All I can say for now is, it’s Halloween season, I’m tired but I’m excited and in a fairly good mood, and it feels good to be back and free from the shit show. 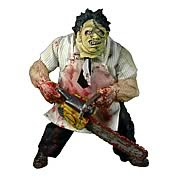 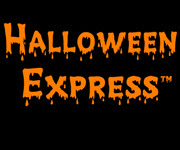